The reason that we travelled to the Isle of Wight was to pick up the yarn from the Knitting Goddess for our London in Stitches Collaboration which happened at Knit Nation. We had a look at what we might want to do while on the Isle of Wight and noticed that the Heritage Railway was running for 40 hours straight as it was their 40th anniversary. Alex and I like trains, and thought that we couldn't miss the opportunity to ride on this steam railway. 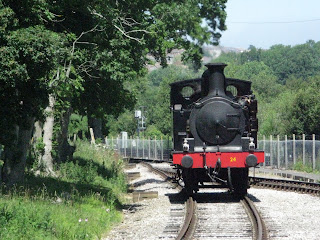 We don't have a car so after getting the ferry across to the Isle, we got on the Island Train service which runs from Ryde Pier Head to Shanklin. The train is a 1938 former London Underground Northern Line train. The train took us to Smallbrook Junction which is only open when the heritage railway is running. 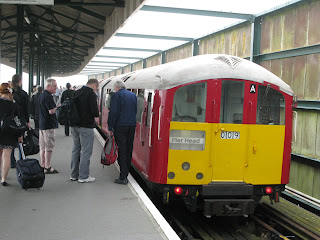 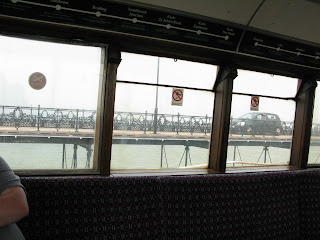 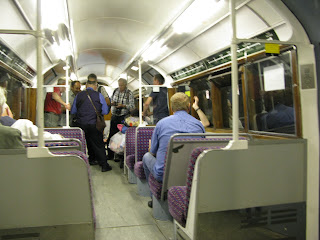 We boarded the steam train which goes to Haven Street and Wootton and had a very relaxing ride. The railway doesn't go through any major centres so it was very enjoyable going through the countryside after what had been a very busy few weeks for both of us. 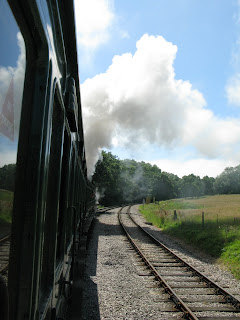 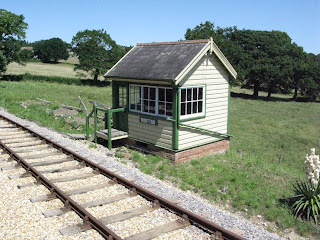 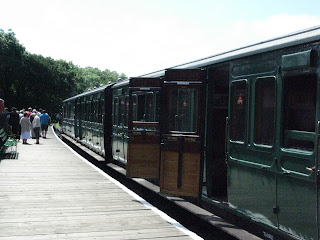 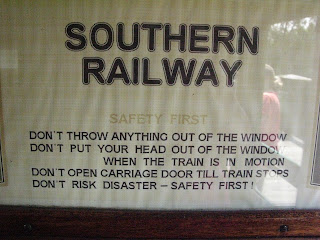 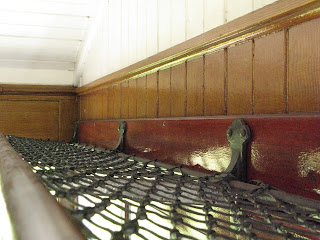 We went through Haven Street and stopped at Wootton where the engine had to be turned around. 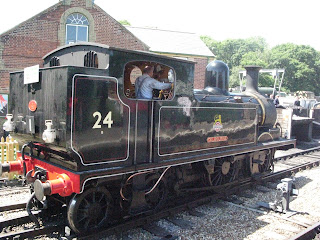 On our way back to Smallbrook Junction we jumped out at Haven Street to have a look at the museum and shop. While at the shop we bought a couple more items for the train set that we both want to build when we grow up. Scott also bought a book from the shop that had photos of people platelaying. His Great Great Grandfather was a platelayer for the Lancashire and Yorkshire Railway so was very pleased when he saw a photo of platelaying in the book. 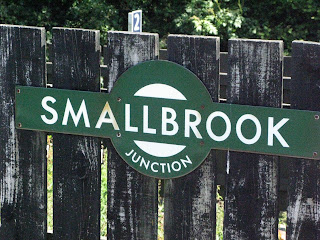 The steam train ride and the weekend on the Isle of Wight was a lovely and relaxing diversion from what has been an extremely busy couple of months.
Posted by Unknown at 23:59