The Quizzical Owl attended Supanova on the Gold Coast back in April. Both Scott and I had a really fun time and it was great to be out and about meeting people. Supanova always has such a happy vibe about it.

We had planned a couple of nerdy outfits for Rosalind and she also had her Jayne hat that I had knitted while I was pregnant. When we had Rosie's newborn photos taken, I had one taken of her in just her Jayne Hat. Here she is: 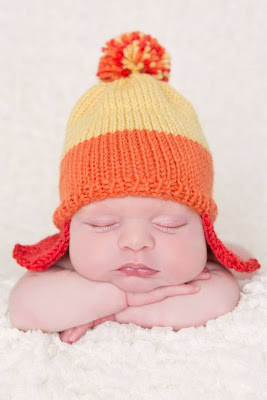 Scott was going to spend most of the time on the stall while my parents and I looked after Rosalind. We had booked an apartment within walking distance of the venue. Scott did the set up on Friday night and when he looked at the programme realised that Adam Baldwin would be in attendance.

Saturday was a lovely day and I managed to spend a few hours on the stall while Rosalind hung out with her grandparents. Supanova is an event that we really enjoy because the atmosphere is always very friendly and everyone is there to have fun.

While on the stall, Scott and I decided that we would try and get a photograph of Rosalind in her Jayne hat with Adam Baldwin, first thing on Sunday morning. We weren't sure if he would play ball. I imagine that celebrities must get lots of requests and he may not have felt comfortable with being handed a two month old baby and being asked to be in a photo with just her. Luckily for us, he was more than happy to have his photo taken with just Rosie, and he was absolutely delightful with her. 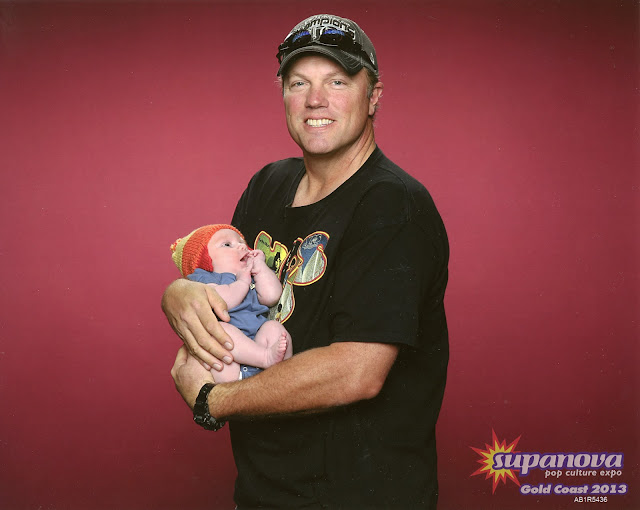 At the end of the photo shoot, as Rosalind and I were leaving, Adam had to stroke her feet "because they hadn't walked the Earth yet". He has children of his own, and he was genuinely pleased to have Rosie in his arms for a photo. I'm so glad we had the photo taken.

The photo is something that both Scott and I love because not only is it something unique but it is a lovely photo of Rosie and she even has a "fangirl" look on her face. I also love the fact that Adam looks happy in the photo (other photos I saw from that day he was more serious!).

We're looking forward to the Brisbane Supanova in November. I wonder who we'll see there! :-)